Conflict can be a healthy source of insight and relational growth.  In couples therapy the function of conflict is to seize the opportunity to create healing, growth and greater connection.  Conflict is inevitable, it alerts the couple to the presence of hurt and vulnerability.  When marriage/relationships fail, it is not increasing conflict that is the cause, it is decreasing affection and emotional responsiveness.  Conflict can put a halt to emotional growth, leaving couples feeling devastated, or it can be a window into intimacy and reconnection.

“Out beyond ideas of wrongdoing and rightdoing, there is a field.  I’ll meet you there”  Rumi

It’s not unusual for couples to arrive into therapy soon after an argument, or having maintained a hostile silence for many days.  Some couples turn up worn out and distraught from their conflict.  The constant bickering and disharmony in their relationship is exhausting.  Couples can become very entrenched in their negative cycles of conflict.  An example of this is a couple with a “Demand-Withdrawal” pattern.  Demand is experienced as criticism and attack, while withdrawal is experienced as avoidance and not responding.  Some couples attempt to bury conflict and deny its existence.  For other couples, the conflict escalates, which can lead to emotional recklessness and regrettable negative behaviours (such as criticism, put downs, insults, not listening, name calling, or intimidation). 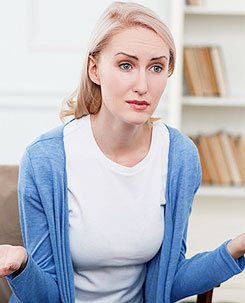 Unresolved conflict festers like an untreated wound and keeps you distanced from the one that matters most.  Instead of turning towards each other you turn away from each other.  When couples fight they get defensive and critical of each other and don’t recognise what core feelings are fuelling the argument.